What to Do When You’re Not Making Progress in Life

You Are Here: Home » Posts » What to Do When You’re Not Making Progress in Life 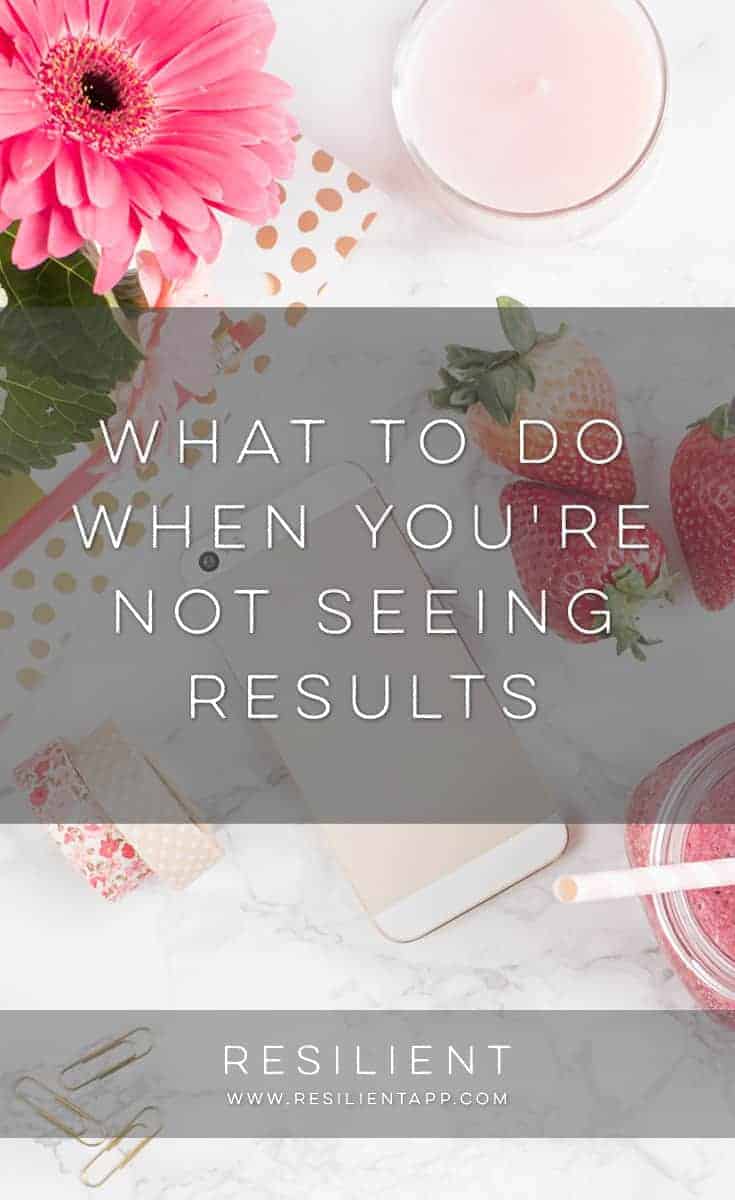 “It does not matter how slowly you go as long as you do not stop.” –Confucius

Progress doesn’t always happen in a straight line. It’s more like a scatter plot with lots of dots all over the place. But the important thing is that the general trend of the dots is onward and upward.

Maybe it feels like you’re taking one step forward and three steps back, but it won’t always be like that. And think about. If you’re making any steps forward (even if there are also setbacks), that still counts for something! Celebrate your victories and don’t stress over the bad days.

It might take a while for your progress to catch up with the work you’ve been putting in, but trust that it will. And even if things seem bad right now, they won’t always be like that. As long as you keep working on getting better and you’re trying and doing the best you can, you will get there eventually.

You can’t always see your own progress. Sometimes it takes running into someone you used to know to realize what a contrast there is, and you see that maybe you have changed a lot without even realizing it. We are around ourselves every day, but sometimes you have to be around other people to actually see a difference in yourself.

Why You’re Not Seeing Results

– Either you’re doing the wrong thing
– Or, you haven’t been doing it for long enough

The hard part is telling the difference. 😃 When it comes to overcoming depression, there are lots of things out there to try that you’ll probably hear from many different sources – exercise, diet, gratitude, forgive, think positively, etc. If you keep hearing similar advice about something and you know that it’s worked successfully for other people, then it might be worthwhile to try.

But, what do you do when you’re trying what someone else said works but it isn’t working for you? Think about how you feel about it. If someone claimed that exercise changed their whole life, but the idea of running every morning makes you want to hide under the covers, then it’s much better to find a strategy for improving your life that..

2. You can stick with long term.

There’s a big difference between wishing something will happen, and knowing it will happen.

There’s a difference between hoping for results, and committing to getting results no matter what.

It’s subtle, but the mindset shift from wishing to knowing can make the difference between failure and success in any area of your life.

It’s not enough to want to be happy or to hope one day you’ll just be happy; you have to commit to making it happen. Not in an intense, forcing results kind of way, but in a way that you know there will be ups and downs in the journey ahead and you’re sticking with this goal for the long term.

No matter what obstacles stand in your way, you know that you’re going to make this happen.

That’s a whole lot different than just hoping something might happen on its own.

I applied this mindset shift to the way I approach my business last year and the results have been awesome. I decided that I was going to make my business work, so I started blogging a LOT and making things happen instead of just wishing that they would happen.

It makes a huge difference.

You can apply this to happiness and improving your life too. Are you wishing for results, or are you taking action every single day to move you closer to your goals?

You’re either hoping for something to happen or you’re actually out there making it happen.

Which do you choose?

How to Get Results in Life

A lot of the results you’ll see aren’t from doing something once and then never again – it comes from consistent, daily action. Boring, right? But that’s the whole secret to getting results: consistent action over a long period of time. If you’re having trouble being consistent with something, is it something you like doing? Is there another way to reach your ultimate goal that sounds better to you?

There are usually many, many different paths to a potential goal, so you don’t have to feel like you’re stuck with one prescribed method of doing something that worked for other people when it’s not working for you. You are allowed to try different things, experiment, and see what works for you.

“If the wind will not serve, take to the oars.” –Latin Proverb

If you’ve been thinking positively for months and you still feel awful, try something else. But if your daily meditation practice makes you feel a little bit better – even if you aren’t as far along as you thought you’d be – keep at it. Progress is progress, no matter how small.

Keep trying, and don’t give up. You are making progress, even if you can’t see it yet. Maybe you’ve just hit a plateau. But keep working and moving forward, and you’ll break through to the next level.

You can do this.

A while back I decided to make homemade butter for fun and the whole process of it strangely reminded me of what it’s like to recover from depression. Here’s why recovering from depression is like making butter.

So making butter is actually pretty simple in theory – you basically just shake up heavy whipping cream in a jar for a long time. But it’s a little more difficult in reality, because shaking a jar of heavy cream for twenty minutes straight is harder than you realize!

At the beginning, it’s easy because the cream is still liquid and you’re full of encouragement and you’re just excited to be doing some cooking project (or at least I was haha).

But then after you’ve been shaking it for a few minutes, it starts to thicken a little and basically becomes whipped cream, and then at this point it starts to get more difficult.

At first making progress was easy and it only took a few minutes to turn from cream to whipped cream, but in the middle it’s a long slog that feels like you’re making absolutely no progress. The jar is full of thick whipped cream and it doesn’t move at all and you keep shaking and shaking and it looks like literally nothing is happening.

But something is happening.

So I kept shaking and shaking and shaking until my arms were so sore I thought I was using a Shake Weight. 😃 At one point I even though, “This isn’t going anywhere. Maybe I’m just not meant to make butter. Maybe this is just something for other people.” Which is similar to what goes through our head when we’re trying to be happy, like stories of “Maybe I’m not meant to be happy. Nothing I’m trying is making a difference in my life.”

I kept shaking for several more minutes, past the point when it would have seemed reasonable to give up because it looked like I wasn’t making any progress, and all of a sudden – boom, BUTTER. Out of nowhere a slightly yellow blob of butter appeared in my mason jar!

Progress! After a few more minutes of shaking, it solidified even more and became actual yellow butter, minus the salt. Victory at last!

So I got to the end point eventually, but only after going through a long period of taking action in the right direction without seeing results. Now, there are things that you can keep doing that probably won’t get results, but if you’re doing things to get you closer to a better life, it’s possible that you’re stuck somewhere in the middle right now and that’s why you’re not seeing any progress.

But this is just the point when it’s the most important to keep going! When you’ve made progress doing something so far and you get to a plateau and you’re kind of stuck in a place for while, you are so much closer to the finish line than you realize.

Don’t give up too soon – you have to finish making your butter. 🙂

If you’d like more tips for dealing with depression, check out our 30 Day Negativity Detox.

When progress is slow, sometimes it feels like you’ll never reach your ultimate goal. But progress usually comes a lot more slowly than we expect. Here’s how slow progress is still progress.

Even if progress is slow, try not to be disheartened. The important thing is that you keep taking steps toward your goals (and that you know what your goals are in the first place). But the actual speed isn’t as important.

“It does not matter how slowly you go as long as you do not stop.” – Confucius

All you have to do is keep going and trust that you’ll either make progress with the path you’re on, or you might change course a little and adjust as you go. But from there, you keep going too.

Even if it feels like things are taking forever, it’s also possible that things are happening beneath the surface, but it will just take a while for you to see results in your life. I wrote an article about this idea previously about how when you make butter, it goes through a stage where it seems like nothing is happening, but if you keep pushing past that stage, then suddenly the cream turns into butter. You can check that out here:

[See Also: How Recovering from Depression is Like Making Butter]

It’s a weird but oddly fitting metaphor for change in life. In the beginning it’s sometimes easier to see progress because we have an initial burst of motivation and energy, but somewhere in the middle, things get hard and we feel stuck.

But it’s just at that slow-going part in the middle that you have to persist and continue taking action.

If things are slowing down, consider trying new ideas or techniques for whatever it is that you’re trying to accomplish.

But eventually, if you keep putting one foot in front of the other, you will get there.

If you’d like more tips about depression, check out our 30 Day Negativity Detox.