You Are Here: Home » Posts » How to Let Go of Control and Just Trust

How to Let Go of Control and Just Trust

You Are Here: Home » Posts » How to Let Go of Control and Just Trust

Let go of everything that once held you back.  Let go of feeling like you should be farther along than you are now.  Let go of trying to rush things, and just believe in the process instead. Here’s how to let go of control and just trust.

On Waiting and Letting Go of Control

Sometimes waiting is the worst.

I wish I could say that I’m one of those people who wait patiently and without anxiety about the future, but that’s just not me.

Instead, I wait like a cat waiting to pounce on one of those tiny red laser lights. Speaking of cats, I’m waiting until I can finally get a cat and watching 10,234 kitten videos in the mean time. And maybe stalking pet stores and adoption centers. Waiting for an apartment to open up? I’ll just check back on their website again… and again… and maybe five times a day for the next month, and email them a few times for good measure.

Some people are great at waiting patiently. I am not one of those people.

But sometimes we need to wait for things, and sometimes we’re waiting and we don’t even know what we’re waiting for. It’s like, do I need to be taking action right now? Am I supposed to be waiting for something to happen or making it happen myself? There’s always a balance between the two.

Will all the waiting even be worth it in the end? That’s the thing about life. You don’t really know. You think you know what’s going to happen, how everything is going to turn it. Because of course you have it all perfectly planned out in your head. And if dreams happened the way we imagine them, everything would be smooth sailing.

I’m one of those people who loves planning. I’ve planned so many parts of my life, and how I think I want things to turn out. I have Pinterest boards visioning out my future and constantly read articles about whatever area of my life I’m approaching in the future, just so I can plan ahead and be way over-prepared. I write down way too many goals. I worry when I feel like I’m not in control. I have an existenstial crisis every third Tuesday (just kidding…) about what I’m supposed to be doing with my life, and if I’m on the right path.

But many times, it doesn’t work out the way we planned. That’s not to say that things end up badly, just differently. We think we have the best plans, and we’re devastated when reality doesn’t match up to the plan we had in our head, but maybe it’s because there was just a better plan out there than the one we had.

Sometimes waiting is the best thing that could happen to us. In the waiting, you discover what you really wanted all along.

Sometimes you realize that you think you wanted something, but if you’re forced to wait for it, you realize it’s not actually that important at all. Or other times, the waiting makes you realize how badly you want something in the first place. Sometimes waiting gives us a huge appreciation for whatever it is we’re waiting for.

And sometimes, when we’re waiting, we decide to take things into our own hands and force an outcome. That’s usually where things get messed up.

I can say in my own life that while hustling and going after your dreams is important, we run into problems when we’re in the middle of an emotional issue and we make drastic decisions because we want to feel in control again. What I’ve found is that you should never make important decisions when you’re emotional. Even if you feel like you’ve lost control of the situation, be patient and see how things unfold on their own.

If you’re in the middle of something difficult, you probably don’t want to trust anything right now, but you have to trust that it’s going to get better, even if you have no idea how.

It’s not your job to figure out the how. That will come on its own.

And even if you’re working hard and doing well and trying to get better, you’re allowed to relax and let go of control and just be.  You don’t always have to be pushing.

And just floating in the water, enjoying the view.

If you’ve been working really hard to get better and recover from something like depression and anxiety, maybe you would benefit from taking it easy a little bit.  Take stock of what’s in your life, what’s working, and appreciate this very moment that you’re living.

Slow down, simplify, and let go of the excess.  Inhale in, and then exhale –

No more weight on your shoulders.

Just let go of everything that once held you back.  Let go of feeling like you should be farther along than you are now.  Let go of trying to rush things, and just trust the process instead.

Slow it way down, and live in the here and now.  Moment by moment.  Day by day.

Let go of control and trust the process.

Learn more about Slow it Down, our class about slowing things down and simplifying your life.

Are You Over-Planning Your Life?

I used to plan out every detail of my life and set goals and write to do lists and all that (and I still do to some extent) but at some point I realized that the plans I have for my life aren’t necessarily the right plans.

We’re only capable of imagining so much for our own lives when really we have no idea what we’re capable of. If you think about it, you can only really imagine what you’ve already experienced or what you’ve heard about previously. There could be so many potential futures for you that you’re not even aware of right now.

Don’t get me wrong – planning is awesome. I love pinning everything on Pinterest for my future dream life and creepily planning my wedding when I’m not even engaged yet.  But I think you have to also be open to the idea that your plans might not be the best plans. You can plan everything perfectly down to every last little detail but usually things don’t turn out exactly according to our mental map.  But that’s not always a bad thing.

So while I continue to have a focus for my life and try to make things concrete, I stay open to the idea that the only concreteness in the world is what humans have created, and there may be a better path for my life that I couldn’t have imagined myself.

Sometimes life has a way of surprising us with twists and turns that we couldn’t have expected, but it turns out to be better than we had ever planned.

We think we know what’s going to happen in our lives, but do we really?

I used to plan out every detail of my life and set goals and write to do lists and all that (and I still do somewhat) but at some point I realized that the plans I have for my life aren’t necessarily the right plans.

We’re only capable of imagining so much for our own lives when really we have no idea what we’re capable of.

So I continue to have a focus for my life and try to make things concrete, but I stay open to the idea that the only concreteness in the world is what humans have created and there may be a better path for my life that I couldn’t have imagined myself.

What you’re really after is the feeling you get from accomplishing something you say you want. Feeling successful, happy, loved, fulfilled, etc. But there’s more than one way to get to that feeling, and it’s possible that things take a completely different – but positive – direction in your life.

Maybe you aren’t accepted into your dream school, or you’re rejected from the company you’ve been hoping to work at all your life, or a relationship doesn’t work out. It may feel like the end of the world right now, but maybe there’s something even better in your future that you just can’t see right now.

And in the end, we know nothing with any certainty. We just think we do. 🙂 But it all turns out ok in the end.

Life is about finding the balance between holding on and letting go.

It’s not always easy to tell.

Sometimes you think you’re just trying hard and hustling, but really you’re forcing things to work that don’t want to work. Or on the other hand, maybe you’re waiting patiently for things in your life to unfold when what you really need to do is get out there and start making things happen.

So how do you tell the difference?

It has to do with fear, and intuition.

You can feel your intuition in your body. Think about the situation or problem on your mind. How do you feel about it? Think about one possible decision you could make. Do you feel like you’re making that decision out of fear or excitement? Does your body feel expansive or contractive? Do you swell up with joy when thinking about the future, or are you crumpling up with fear?

Maybe you’re debating between two jobs. One is what you’re passionate about, but is more risky, and the other is safe and what everyone wants you to do. How does your body feel about each option? Are you trying to choose the safe option out of fear of the unknown, or is it truly what you want? You might be a little scared about taking a risk, but that kind of fear feels more like butterflies and excitement than a deep dread.

How do you know if you’re just forcing something to work when it shouldn’t? It’s hard to tell. But ultimately it comes down to this – is this really important to you? Because if so, then keep trying. But maybe if something isn’t working the way you’re currently doing it, instead of forcing it to work, just try something new. Be open to new ways to reach the same goal if you decide it matters to you.

And if not? It’s ok to let go of dreams or goals. Just because you once wanted something doesn’t mean you have to want it forever. Just make sure you’re letting go because you’re ready to let go, rather than doing it out of fear. 🙂

And never give up on yourself.

You can do this. 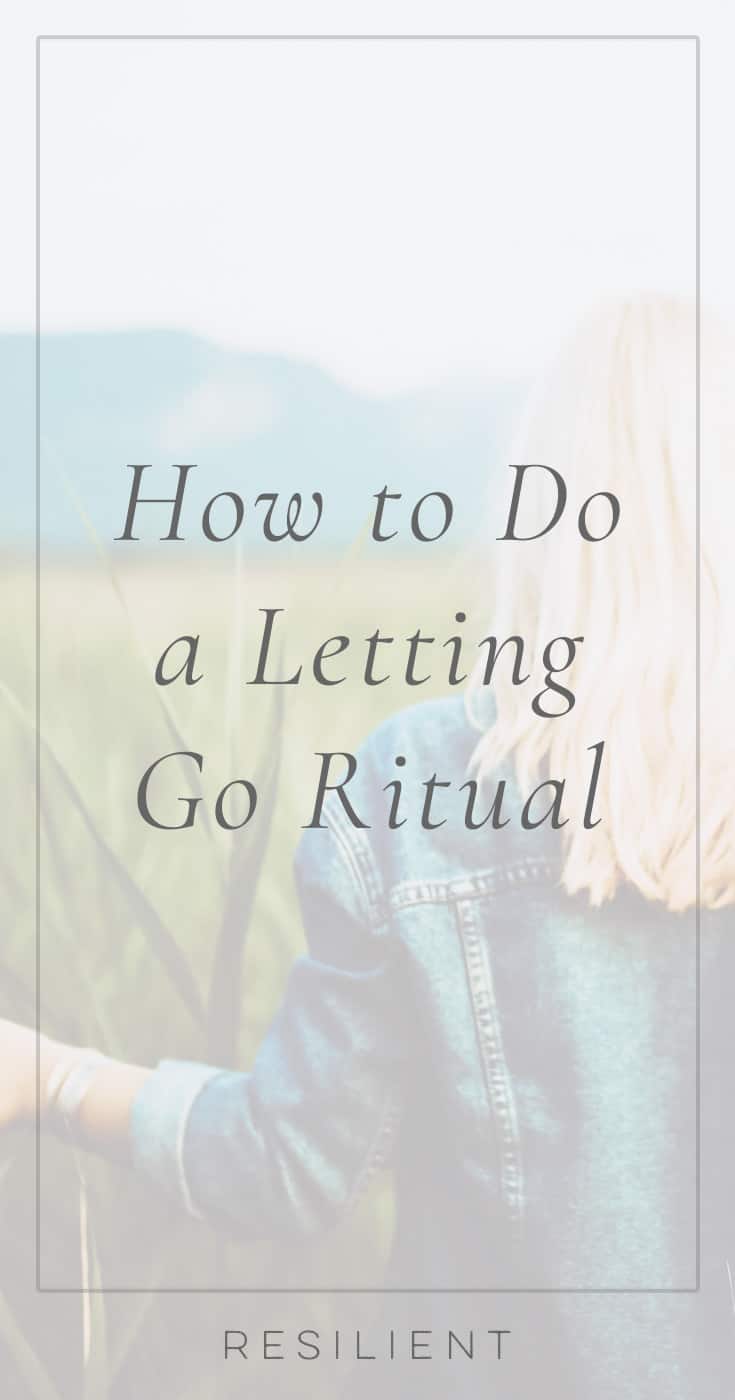 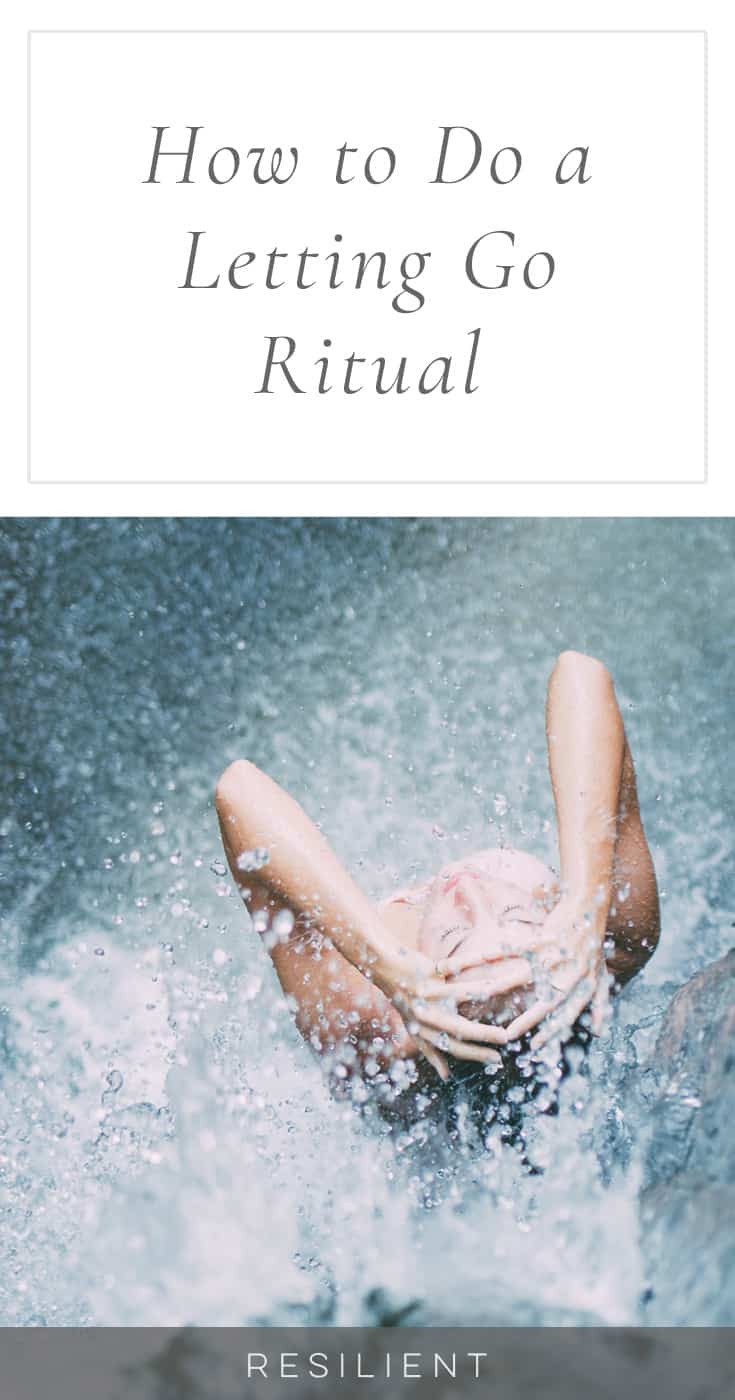